Bitcoin Does Something CloudCoin Doesn’t Do 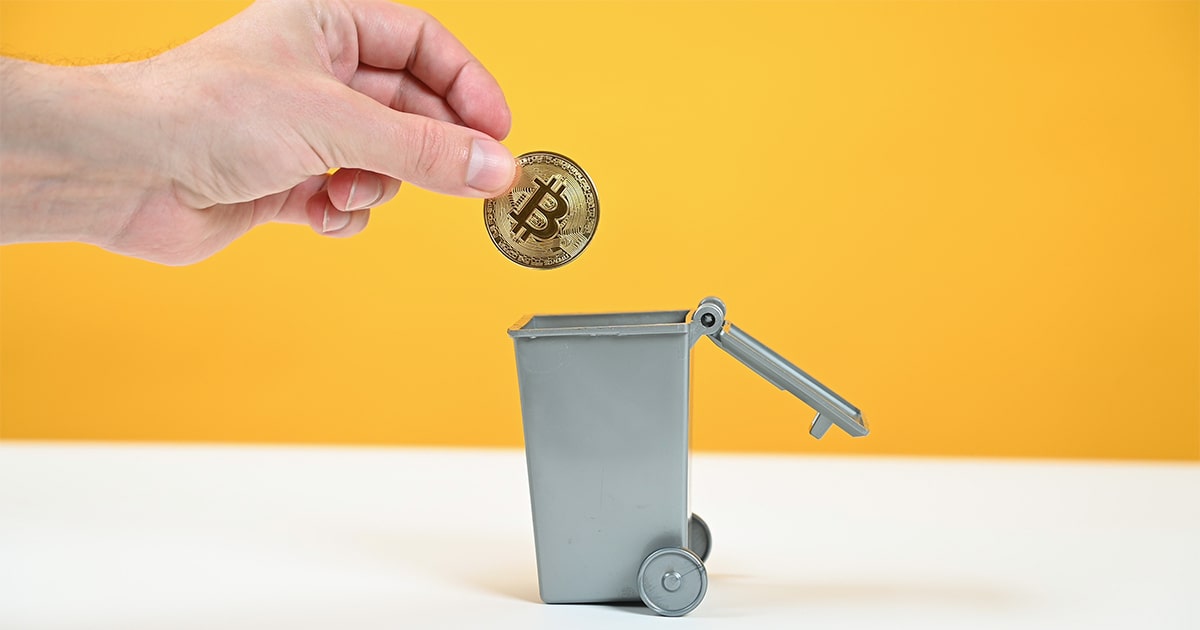 Bitcoin Does Something CloudCoin Doesn’t Do:

To Date, Billions in Investors’ Fortunes Are Inaccessible
…Because They Don’t Have a Code.

Social Media and news headlines are chalk full of them: nightmare stories of crypto investors who somehow locked themselves out of their accounts. Early adopters of Bitcoin, for example, found keeping the clunky passwords and ledger information incredibly more difficult than they’d imagined. And they learned the hard way how much it could cost them.

Since CloudCoin is based on RADIA technology, not the blockchain, the ball and chain of long and exponentially growing blocks of code are not necessary. Your code consists of twenty-five characters that are shredded and distributed globally across a vast array of servers that are self-healing, quick, and secure. And even if you DO lose or forget a password, there are solutions.

Unlike other crypto, CloudCoin is the only digital currency that can be recovered if lost. There are two ways to recover your lost coins: your recovery email, or you can file a report and get your coins returned through RAIDA mining for lost coins. Your report is checked when the coins are mined, and if your claim appears legitimate, those coins are returned.

But some crypto users have not used CloudCoin, and, consequently, have not been so lucky.

Here are some seriously bummed investors who found out the hard way that the blockchain has some distinct downsides.

In 2011, German native and computer programmer Stefan Thomas earned Bitcoin for producing a video explaining how the crypto worked. At the time, the compensation seemed comfortable, but relatively small: just 7,200 Bitcoin in his wallet; valued then at around one to five dollars each. Today, the Bitcoin that he can no longer access is valued right around a quarter of a million dollars… give or take.

Thomas explains that, to his horror, he realized that the password to his Ironkey hard drive, which is a device used to access his Bitcoin wallet, was written on a piece of paper. That paper is now long gone, and Thomas, eight attempts into the ten possible before he is locked out of his wallet forever, is beside himself with frustration. While he has had numerous offers of help from professionals ranging from PhD’s to psychics (for a cut of his Bitcoin, of course), Thomas has yet to make a decision as to what to do next.

In 2009, British Bitcoin miner James Howells mined more than 7,500 coins in just a week. Unbelievably, Howells, now in his mid-thirties, absent-mindedly threw away the hard drive containing the passcode when he mistook the drive for an identical piece of hardware that did not contain the codes. Realizing his mistake months later, he contacted the sanitation authority in his Newport, Wales district, only to learn that he was prohibited from searching the dump for that hard drive. Today, the value of Howells’ coins are estimated to be upward of two hundred and eighty million dollars. Despite offering to donate twenty five percent of his Bitcoin to a local Covid Relief Fund if found, his city managers have been adamant that the environmental impact and cost of the project would be too much. Even backed by a hedge fund that will cover the excavation costs, Howells is still unable to get the council to budge on their decision. Talk about frustrating!

Software developer Syl Turner mined two bitcoins in 2010, without considering that they might grow in value. When he replaced his computer some time later, he put the computer in his attic, and didn’t think much of it. When Bitcoin began showing profits, a conversation turned to people holding the crypto who were unaware of its worth. That got Turner thinking: perhaps a trip to the attic was in order.

Although the computer was still where he left it, to his horror, the 33-year-old discovered that he had somehow overwritten the hard drive. This, of course, destroyed his private key, leaving him no access to cash out the funds. Although he cannot account for why he would have done so, he speculates that the coin was of little value to him then, thus not top of mind when he performed the overwrite. The mistake cost him many tens of thousands of dollars.

A BILLION in Crypto Gone With Matthew Mellon

Matthew Mellon, an heir to the Mellon banking fortune, passed away in 2018 of a drug-related cardiac event. Because his family was unable to retrieve the codes to his XRP account…more than a billion dollars’ worth of the cryptocurrency at the time (now worth infinitely more)… is forever lost to the family.

While these stories of fortunes won and lost on the blockchain are a deterrent for some, the fact is that cryptocurrency need not be complex, clunky, and inaccessible. Because CloudCoin does not operate on the blockchain, a short, secure passcode is all that you need to access your investments. And if that passcode should somehow end up in an attic or a landfill, there are recovery options available. Crypto is revolutionary: CloudCoin IS the revolution.