Self-Healing Systems: Immunity for IT? 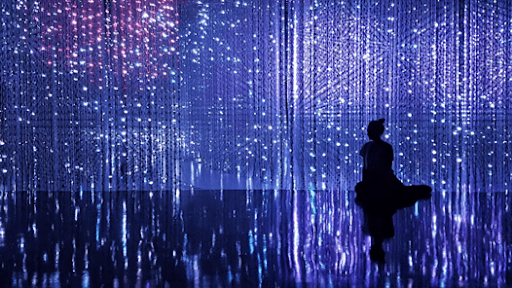 With the onset of a modern-day global pandemic, a cursory look at social media has made it clear that much of the greater mindset seems astoundingly ”expert” in describing the amazing efficacy and epic frailty of the human immune system than ever before.

Google has, after all, made many enemies of friends.

But while the debate rages (and why wouldn’t it?) over public health, many parallels to the concept of “immunity” are also proving true in the virtual world. A body that can heal itself, to be sure, is not a new thing. But an entire population—a system—is far more complex to manage and certainly holds much more collective skin in the game. The debate thus rages here, in the real world, where people can see and feel the implications. The armchair experts emerge, of course, because it suddenly matters. A lot.

But in the virtual world, the question of systems immunity is one that should get equal public attention. The subject is one of particular concern to Sean Worthington, a systems analyst, professor of computer information, and inventor. Worthington actually is an expert, and he has considered the problem of paramount importance.

In the development of the next generation of crypto currency called “CloudCoin”, Worthington may have solved the greatest cause for pause in the alternative currency world: the “what if” propositions of exposure to the disturbingly similar issues of human system failure. The potential for viruses, coding corruption, inherent structural vulnerabilities, and even full-on frontal assault can deter otherwise enthusiastic crypto investors.

Worthington’s solution? A cloud-based currency authentication system that is as dynamic, varied, and self-healing as the human body. In his case, the system has a name: RAIDA.

In the IT world, a self-healing system is not necessarily new, either; at least not at the rudimentary level. But the emerging sophistication of AI and other forms of advanced computational networking (such as quantum computing) has raised the stakes for anyone interested in keeping bad actors from doing awful things. Our health, infrastructure, and yes—even currencies—are largely dependent upon keeping complex systems safe from equally complex attacks.

Just as the human body fights off the common cold without the exposed individual necessarily aware or intervening, self-healing systems in IT can have an intuitive, heuristic, and holistic approach to their myriad immunological threats. RAIDA, which stands for Redundant Array of Independent Detection Agents is unique in its use of multi-factored, cloud-based technology that—unlike complex and increasingly clunky blockchain protocols—is light, versatile, and quickly adaptive to potential threats.

RAIDA’s security potential, however, may just be in its ability to self-diagnose, heal, and even borrow healthy aspects of itself to close the virtual gap—much like the human body with sickness or injury—to deal with even catastrophic systemic events.

This technology, asserts Sean Worthington, holds equally important potential for other sensitive data—ranging from public records to private health care histories and even complex, dynamic systems such as logistics and voting. Consider the implications of being able to securely track your own DNA, for example, over time… or to create a complete, secure, and transferable family history of genetic mutations that can be handed down from generation to generation.

Heady stuff. But these are the things that Worthington considers your right to retain securely, and access readily.

Rather than chaining its potential to hot, power hungry, high maintenance physical servers, RAIDA technology moves beyond the limitations that have hindered blockchain’s ability to meet the level of efficiency that any complex data authentication system demands. To many CloudCoin investors, the ability to move money quickly (lengthy encryption blockchain transfers can take days), access to the currency worldwide, and control/disposition of their personal information is the clincher.

So while the real-world debates rage in these troubled social and economic times regarding human immunity under Covid, one inventor may have just settled the matter in the virtual world before social had the chance to make it a circus. Sean Worthington’s development and subsequent patent of the scalable, secure and fluid authentication system known as RAIDA is leaner and meaner than blockchain. And it may just bring CloudCoin to the forefront of digital currency. And really… why wouldn’t it?

Watch as Sean Worthington explains RAIDA, CloudCoin, and the implications/applications of a quantum-proof, self-healing system here: