Cloud currencies and the redundant array of independent detection agents 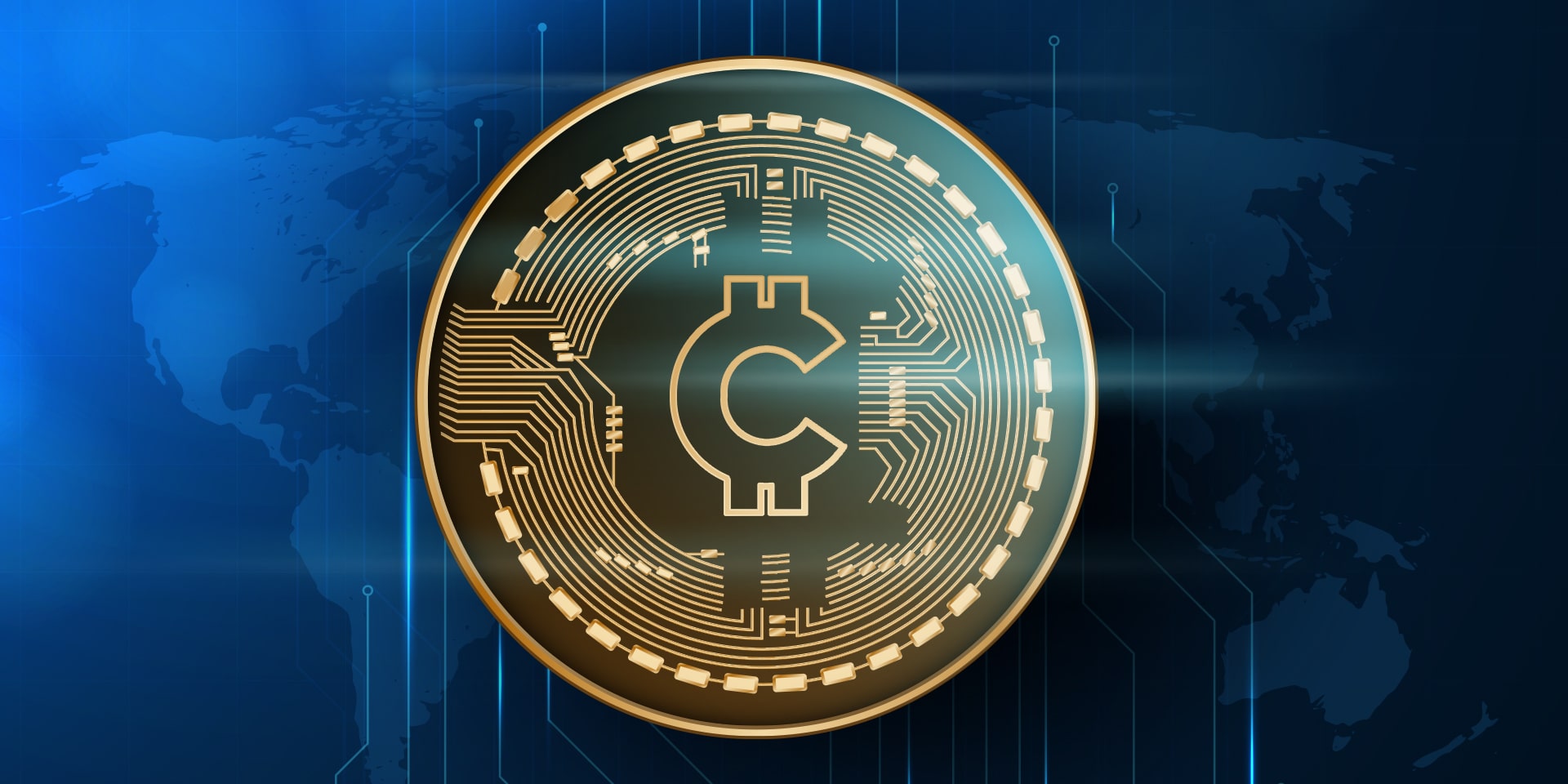 A novel electronic currency with superior characteristics to cryptocurrencies is introduced. The money takes the form of JPEG images or text files that can be passed from person to person electronically. Users can instantly detect counterfeits by using a novel grouping of server clouds called RAIDA (Redundant Array of Independent Detection Agents). The RAIDA employs multiple clouds to ensure that the detection process cannot be controlled or destroyed by a minority of cloud entities. The value and stability of the currency depend upon the integrity and trustworthiness of the RAIDA.


INTRODUCTION With the success of Bitcoin [1] and other cryptocurrencies, the question of what the essence of money is and what would be a perfect electronic currency drives this research. An information systems approach has been employed and a monetary system based on the trust/integrity of a group of cloud networks have been implemented. The resulting system performs better than Bitcoin.


THE HYPOTHESES Money is Data - The first hypothesis is that money, the tokens we hold, the coins, bills, and numbers in our bank accounts are part of a bigger system - an information system. Specifically, a distributed database that is physically implemented among people. Each one of us oversees holding a small part of the data. Each one of us uses our minds to process the information provided by our own money to economize. We communicate key information to each other via prices. The interaction between money and our behavior allows us to spontaneously organize our behavior to create an efficient economy.

The Essential Characteristic of Money. The second hypothesis is that the value of money does not arise from the substance that it is made of but from the effort required to counterfeit it and its integrity as data. Gold coins, paper dollars, electronic Bitcoins are all made of different.


EXPERIMENT DESIGN Building on the hypothesis that the essential attribute of money is that it cannot be counterfeited, a process was developed and implemented to provide for the detection of counterfeits. Assuming the hypothesis “money is data” istrue, a monetary system was designed to give its money integrity in the same way that a database would be designed to give its data integrity. To achieve the general goal of data integrity, a redundant and robust system of clouds governed by a consortium of independent multinational organizations was designed. The end result is called RAIDA. It should be noted that a patent was filed for Cloud-Based authentication systems, a “CloudCoin Consortium” was created and a digital currency was minted and deployed in the RAIDA.


SIMPLE EXPLANATION OF HOW THE CURRENCY WORKS

I have a JPEG image with twenty-five random GUIDs(Globally Unique Identifiers) embedded in it that only I know. We call this JPEG a CloudCoin. Each RAIDA cloud knows one of the twenty-five GUIDs. I can prove to you that I am the owner by authenticating the GUIDs in parallel with the RAIDA using simple free open-source software made by theConsortium. If I want to buy something from you, I will give you the JPEG image and now we both know the secret numbers. Anyone who knows the secret numbers can change them by contacting the RAIDA. Now you can use the secret numbers to change them to your own secret numbers. Now, you are the owner of the CloudCoin, and I no longer know the numbers registered in the RAIDA. Stuff and yet they are all used as money, and all of them are valuable. Monetary systems made of gold, paper money and Bitcoin are very difficult to counterfeit but IT IS not impossible. Gold can be mined and minted into duplicate coins. Paper money can be printed by expert counterfeiters and by a treasury itself, Bitcoins can be “mined” by solving puzzles [2]. However, “perfect money” cannot be counterfeited.


COMPONENTS OF THE CLOUD CURRENCY

The three major components of the system are the e-Mint, CloudCoin, and the RAIDA.


e-Mint: The entity that creates the CloudCoin, disperses it to the initial owners and registers them in the RAIDA. After the minting process is complete, the e-Mint is destroyed along with any resulting data. After minting, the amount ofmoney in the system will not increase nor decrease.

JPEG images used as electronic money that contain codes that prevent them from being counterfeited. The codes include:

There is a fixed amount of each denomination of currency in the system. These denominations correspond to the subnet portion of the SN. For example, any currency with a subnet between 96 and.

A distributed storage system that works as a Counterfeit Detection System and provides fault tolerance, high availability, and decentralized management in order to create trust in the CloudCoin. The RAIDA has 25 Clouds. The RAIDA is designed so that if clouds go offline, new clouds can quickly be brought in to replace them. Each Cloud has a “sentinel” cluster that hides 32 “Detective Agents'' behind it. At least nine of an exact arrangement of cloud operators would need to collude undetected to corrupt the system. The 255 is a 250 CloudCoin unit. Denominations come in 1’s, 5’s, 25’s, 100’s and 250’s RAIDA is unique because unlike other authentication systems, there are twenty-five unique CloudCoin slices that authenticate in parallel. The coin need not authenticate with all of them. The components of the RAIDA include:


THE PROCESS OF EXCHANGE (POWNING)

The operating systems consisted of Microsoft Windows and variations of Linux. The RAIDA protocol was implemented is ASPX and PHP. Client-side software was created including an Android application called CloudCoin Consortium Pocket Bank. CloudCoins were passed by email through five different people using the applications. Each person took ownership of the CloudCoins. During the experiment, unfortunately, the administrator for RAIDA #5 was found dead at his computer. Because of this, RAIDA #5’s data became unmanageable. RAIDA #5 was taken out of the network and a new RAIDA # 5 was implemented. The CloudCoins in the test became fracked (fractured meaning that not all the Authenticity Numbers authenticated). However, within seconds, each CloudCoin was able to fix itself as the system was designed. The experiment concluded on February 4th , 2017.
In this way, CloudCoin has been shown to be useful as an electronic currency and that the RAIDA invention works as a new fault-tolerant authentication system. The RAIDA performed much better than the block-chain used byBitcoin because the RAIDA required less than two seconds to perform a transaction. The RAIDA required no user accounts or large software as opposed to semi-private with Bitcoins. A patent has been filed for the RAIDA technology with the USPTO. A Trademark claim has been filed for “CloudCoin” The CloudCoin Consortium is now preparing to provide CloudCoins as a global currency and transactions will be offered for free as the RAIDA will be funded by the scavenging of lost CloudCoins.

It has yet to be seen whether the CloudCoin cloud-based currency will become accepted as real currency. However, the concept of a cloud currency has features that would make it superior to cryptocurrencies. Because cloud currencies such as CloudCoin do not require any user accounts and do not collect or track any user data (except the month of a CloudCoin’s last transaction), CloudCoin is more private than Bitcoin [3]. Because CloudCoin does not depend on encryption and it is impossible to double spend. CloudCoin is safe from quantum computer decryption which may become an issue soon. Also, the infrastructure of CloudCoin can be self-funded by allowing RAIDA providers to scavenge lost CloudCoins (CloudCoins that have not been spent or checked in years) to pay for their operations. Cloud Currencies like CloudCoin do not require special software, wallets or data and thus are much easier to use.
Simple web pages running JavaScript can provide all the necessary client-side software to make exchanges possible.
Proof of the existence of the RAIDA can be found by looking at an online tester: http://CloudCoin.co/detect.html or a downloadable program used to test the functioning of the RAIDA.

1. Nakamoto. (2008, October 31). Bitcoin: A Peer-to-Peer Electronic Cash System [Online]. Available: http://www.cryptovest.co.uk
2. Eyal and E Gun Sirer, “Majority Is Not Enough: Bitcoin Mining Is Vulnerable”, in Financial Cryptography and Data Security: 18th International Conference, FC 2014, Christ Church, Barbados, March 3-7, 2014, pp. 436-454
Programs like this can be downloaded by searching for “RAIDA Tester”. https://github.com/CloudCoinConsortium
The RAIDA is not owned or controlled by any entity and cannot be destroyed. http://raidatech.com/
Open Source software for exchanging CloudCoins can be found at: https://github.com/CloudCoinConsortium
Governance of CloudCoin can be found at: http://CloudCoinConsortium.org
Other helpful websites include: http://CloudCoinConsortium.com, https://cloudcoin.global

THE PARTS OF A CLOUDCOIN

“cloudcoin”= Denotes that the information contained is that of a CloudCoin.

nn”= Network Number. Network “1” is the RAIDA Network that the CloudCoins are on. Additional RAIDA networks, serving other purposes, would each have their own network number.

“sn”= Serial Number. The serial number identifies each unique CloudCoin file on the RAIDA network. It is like the serial numbers on paper currencies. This number must be between 1 and 16777216 (inclusive) to be an authentic CloudCoin

”aoid”= All Other Information Desired. This field can contain an array of strings and it is for the owner's use. The information in this field should not be trusted. This field may contain data such as passwords, owner’s names, contact info, email, etc. There are many possible uses such as multi-party signature, digital asset escrow, estates, wills, and so on.

”an”= Authenticity Numbers. There are 25 authenticity numbers that form a CloudCoin’s password, one for each RAIDA cloud. When a CloudCoin is powned (password-owned), the ANs are checked with those stored on the RAIDA. If they pass, the Coin is found to be authentic. The password is then changed for the new owner so the Coin cannot be re-spent by the previous owner.

“ed”= Expiration Date. CloudCoins will expire and be scavenged by the RAIDA if they have not been powned for five years. To avoid losing CloudCoins by expiration, you must repown them before the 5-year mark. This date is for convenience only and should not be trusted. It is best to pown all your stored CloudCoins at least once a year.

”pown”= Pown Results. Displays the last results when a CloudCoin was detected on the RAIDA. There is one result for each of the 25 RAIDA clouds. Possible Results can include: p=pass, f=fracked, e=error, u=undetected, n= no response from RAIDA.