CloudCoins Powned for the period

The RAIDA is a new authentication protocol that is the first of its kind and the first true Cloud-based authentication system. Most authentication protocols require one password to be given to one server that is checked against one database. The RAIDA uses many passwords against many different servers each with a no-share database. The CloudCoin Consortium's RAIDA consists of 25 clouds of 32 servers, each located in over 30 different countries (and growing). This allows us to have decentralized authentication, fault tolerance, high availability, and tamper-proof data. We call this property "Data Supremacy," and only the Blockchain, DNS and the RAIDA have achieved this.

RAIDA is a global counterfeit detection system that is indestructible and cannot be tampered with or hacked. Neither nuclear bombs, comet strikes, world wars, dictatorships nor government hackers can bring down RAIDA. Quantum safe, self-healing, simple, fast, and reliable, RAIDA can detect the authenticity of a CloudCoin within milliseconds. Why is the RAIDA Quantum safe? It is quantum-safe for a few reasons. The first reason is that it does not have a public ledger. , and everyone can try to decrypt it. RAIDA is not public. The second is that if you were to capture one of the RAIDA servers, you would only have 1/32 of 1/25th of the authentication data. So, if you were able to decrypt it would not give you ownership of any coins. In order to crack a CloudCoin, you would need to guess the Authenticity Numbers of a majority of the RAIDA. Each Authenticity number uses a 16-byte password that is 100% random. They RAIDA has a bottleneck of how many guesses can be done each second. The public ledger does not have a bottleneck. With a public ledger, we could make as many guesses as we have servers. If a hacker has a football field full of supercomputers (like the NSA), then they could guess trillions of combinations per second. With quantum computers, a hacker could guess all combinations within two minutes and crack the Blockchain. With RAIDA, we can only guess 8 million per second per RAIDA. This means that it would take more guesses than there is the time in the Universe and the RAIDA is quantum-safe. The significance of the RAIDA is that now there is a global authentication system that people can trust to be Confidential, Available, and has integrity. So, everyone can use it to authenticate whatever they like and create their own domain controllers (RAIDA Realms) and extend permissions and rights to whatever network resources (servers) they control.

The essence of money is that it cannot be counterfeited allowing us to track who among us has done work and created value for the economy. CloudCoin takes trust to the highest level ever. Using the patent-pending RAIDA technologies (The patent is to keep others from locking us out of the technology), independent system administrators from all around the world leverage thousands of servers and networks to create an unbreakable system that nobody and nothing can dictate. Note that the RAIDA does not create, store, transmit, track or broker CloudCoins. The only function of each RAIDA Cloud is to detect the authenticity of a CloudCoin.

We start by building on the TCP/IP protocol that forms the Internet. This technology was developed in order to allow messaging, even while nuclear bombs wipe out significant parts of the world's communication networks. TCP/IP is a nuclear-proof technology. The Internet has never gone down on a global scale.

On top of this, we use SSL technology. HTTPS SSL (Secure Sockets Layer) is the standard security technology for establishing an encrypted link between a web server and a browser. This link ensures that all data passed between the web server and browsers remain private and integral. SSL allows you to know that the servers you connect to are in fact, the servers that you want to connect to. RAIDA only uses HTTP Strict Transport Security and only passes data that is impossible to infer. RAIDA's HTTPS usage is scientifically un-hackable, and there are no known vulnerabilities.

A content delivery network (CDN) is a system of distributed servers (network) that deliver Web pages and other Web content to a user based on the geographic location of the user, the origin of the web page and a content delivery server. Our CDN also provides DDoS protection (our enterprise-class DDoS protection network has 20 times more capacity than the largest DDoS attack ever recorded.) Our CDN provides the first line of defense against all hackers, including national governments. Our CDN is so strong that it is enough to deter most hackers.

The CDN servers don't know the actual location of the Sentinel servers. Instead, they know the DNS names of the reverse proxies. Reverse proxies allow system Administers to hide servers behind other servers so that they cannot be compromised. Layers of reverse proxy servers can be added to make things even more secure. This is kind of like a Tor network except the RAIDA has 25 Tor networks owned privately by 25 different organizations.

Each RAIDA network is composed of many redundant servers, networks, and databases. Such arrangements of hardware are often referred to as Clouds. No matter what components fail or are attacked, the system keeps going. The databases are mirrored in several different physical locations. There are teams of Web servers for high availability. Multiple locations allow for catastrophic failures (such as a meteor strike), yet the system can stay operational. It is highly likely that the RAIDA Clouds will become the target of thousands of highly trained hackers from around the world. However, the RAIDA Clouds will survive.

Independence: RAIDA Clouds operate under different controllers and are not beholden to each other but instead are peers (equals). They can use whatever technologies they like, such as Linux, Windows, PHP, C#, Java, Apache, Tomcat, IIS, MySQL, Microsoft SQL, Oracle, etc.

Distributed: With few exceptions, RAIDA Clouds are located in different liberal nations. The word "Liberal" is used in the classical meaning of the term used by Philosopher John Locke to describe countries that protect life, liberty, and property. This guards the RAIDA against the actions of governments. Because the speed of electricity can circle the globe in milliseconds, there are no performance issues.

Redundant: RAIDA Clouds all do the same basic job. In theory, they could all go down and so long as one still works, the CloudCoins are good.

Fixability: It is assumed that RAIDA Clouds will go down completely and have all their data hacked. That is why it is possible to simply discard RAIDA Clouds and rebuild new ones somewhere else. The CloudCoins themselves hold the data. CloudCoins have a grade based on their redundancy, and these grades can be improved by fixing themselves on broken RAIDA Clouds.

The location of detection agents is unknown, and no information is collected on their location. 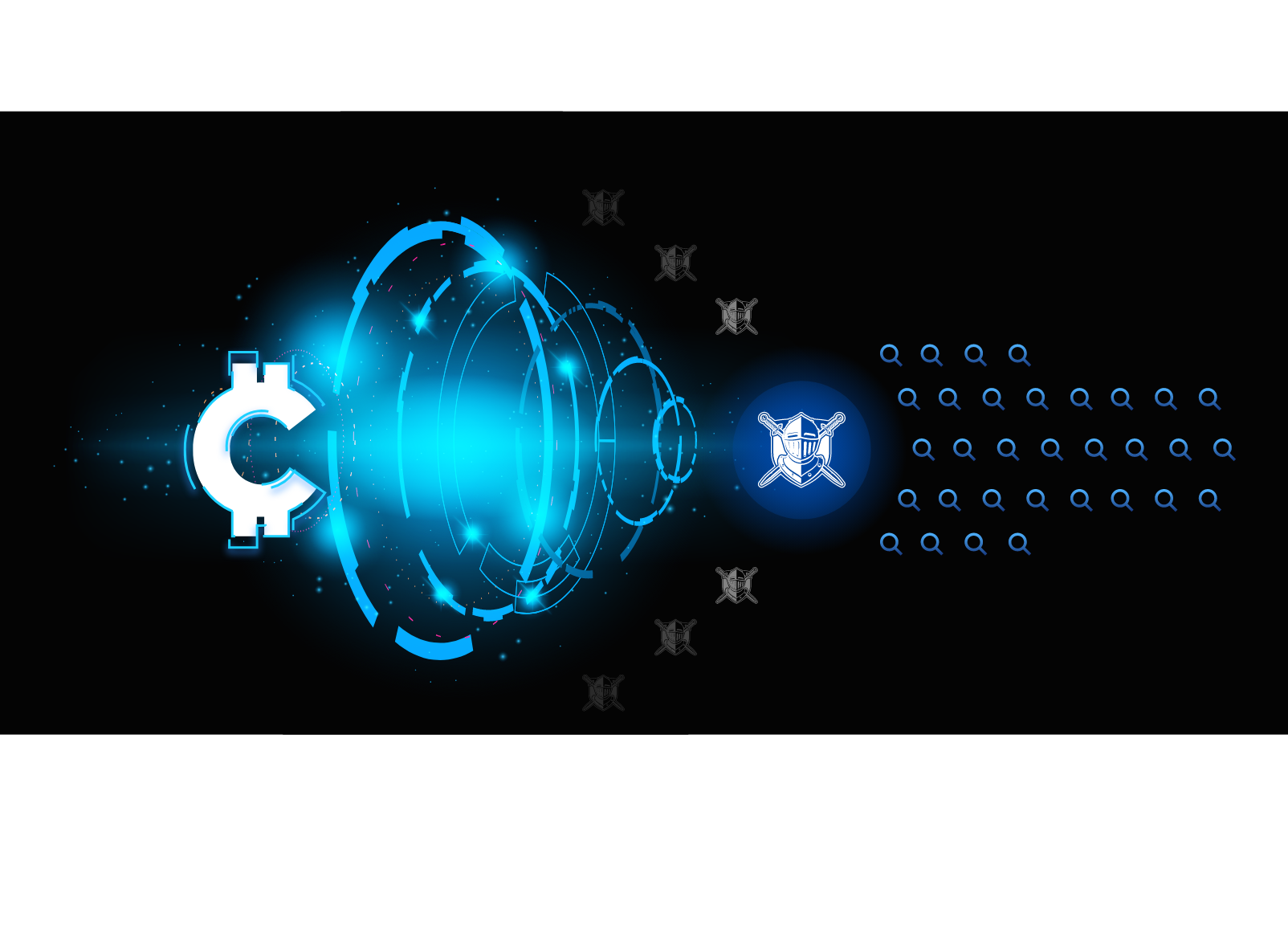 Our most important security feature is our people. We only allow internationally recognized Systems Engineers to be members of the quorum. Quorum members must have professional certifications and long histories of successful work experience. No people with criminal records or of low moral repute are allowed. The Quorum provides the governments of the RAIDA authentication system. Each Quorum member gets one vote. The Quorum members are funded by CloudCoins that are completely lost or abandoned, so it will work in perpetuity.

The RAIDA protocol is an extremely light protocol that requires only milliseconds to execute and sends and receives just a few hundred bytes of data. Clients send authenticity requests in parallel to 25 RAIDA clouds. Thanks to the speed of light, it only takes milliseconds for signals to travel to the other side of the planet and back. Each RAIDA cloud responds with either "pass" or "fail." The RAIDA protocol requires no sessions or cookies. The conditional GET method is used to reduce unnecessary network traffic.

0 The unit presented is an authentic
1-unit CloudCoin. 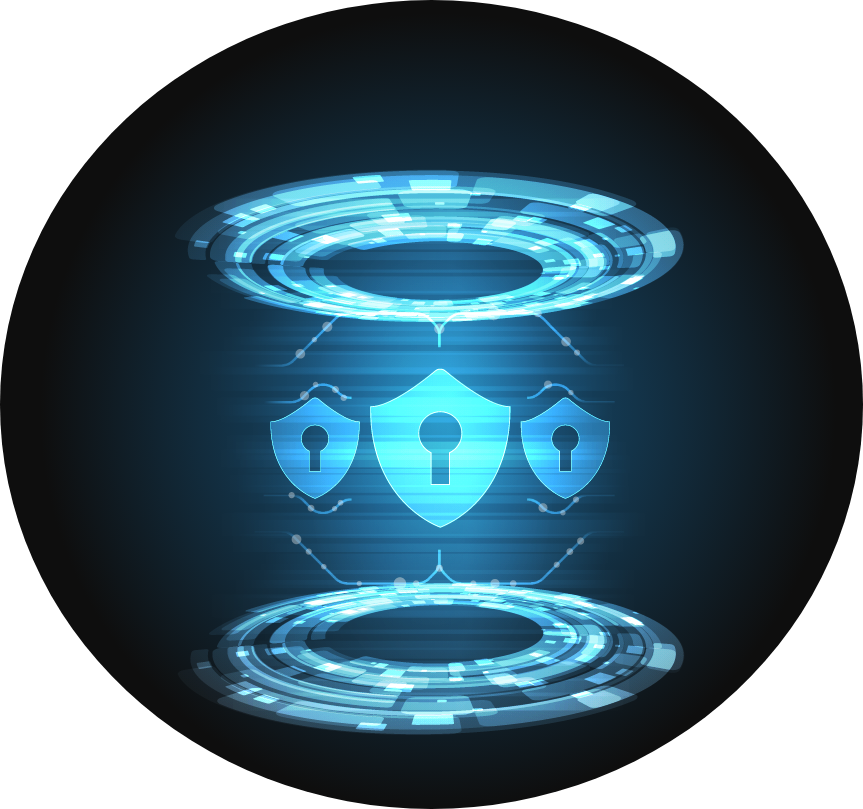 Sometimes, the Sentinels will be unavailable. When unavailable, Sentinels are restored or replaced. The CloudCoins can repair them because all the authenticity data is stored in the CloudCoins themselves. The repair protocol cloud is called "Triple Kerberos" because it uses three tickets. Kerberos is a network authentication protocol that works on the basis of 'tickets' to allow nodes communicating over a non-secure network to prove their identity to one another in a secure manner. It is designed to provide strong authentication for client/server applications by using secret-key cryptography.

The RAIDA does everything that the Blockchain does, only much faster, more reliable and far more efficiently. The RAIDA is, and more nodes and networks can be brought on to perform all the world's transactions within milliseconds. Work is distributed amount more nodes instead of requiring each node to do more work (like Blockchain). The cost of electricity and operation is 3000 times less than the Blockchain. All data can be stored in RAM. The RAIDA is 100% quantum safe and does not use encryption. The system is fault-tolerant and can withstand government attacks, natural disasters, hackers, and even internal subversion. The RAIDA is ready for retail and does not require any client download except for a webpage or small client software (under 1 megabyte).

Welcome to the world’s first